Posted on October 8, 2011 by Michigan Traveler 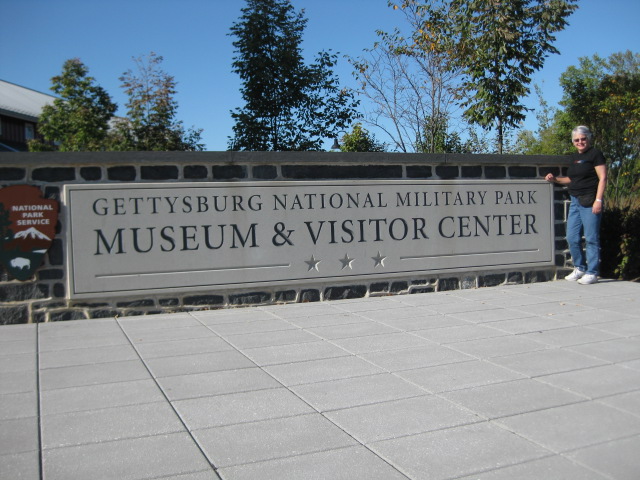 Gettysburg is known as the Turning Point in the Civil War, the time when the Army of the Potomac came to the realization that Robert E. Lee could be defeated.  What an opportunity to walk the ground and stand in the battle positions of the units that stumbled into one of the most significant battles of the Civil War.  The three days of battle took place from July 1-3, 1893, when Robert E. Lee moved the Army of Northern Virginia north to threaten the Union Capital. We arrived at the Artillery Ridge Campground around 2:00 on Wednesday and immediately took a Ranger-led presentation of the third day of the battle.

This was the day General Longstreet led a final attack, now known as “Pickett’s Charge,” that almost broke the Union line.  From that day on, Lee was forced to fight a defensive battle, until he surrendered at Appomattox.  The next day we started at the Visitor Center watching a brief film and the Cyclodrama, a 3600painting of the battle.  From there we went to Little Round Top for another Ranger-led program on what is one of the best known (and my favorite) story of Gettysburg, the action of Colonel Joshua Chamberlain and the 20th Maine on the second day of the battle. 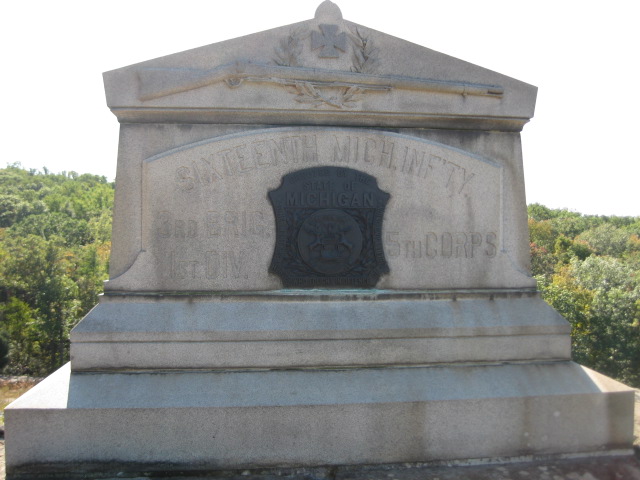 Friday we headed further South and camped at the RV park of Fort A.P. Hill, near Fredericksburg.  By this time Pat’s battlefield tour “fun meter” was about maxed out so Saturday saw Bob touring the battlefield at Fredericksburg by himself.

Fredericksburg was one of the bloodiest battles of the Civil War.  General Ambrose Burnside’s Army of the Potomac attacked across a mile and a half of open fields against Lee’s Confederates who were protected by a sunken road.

It has been said that war brings out the best and the worse of men.  At Fredericksburg it brought out the best of men in Sergeant Richard Kirkland, known as the “Angel of the Marye’s Heights.”  Hearing the Union wounded moaning as they suffered in the field, Sergeant Kirkland gathered a bunch of canteens, jumped over the stone wall of the sunken road.  Risking his life, he moved among the wounded, propping them on the knapsacks and giving them water.  Union sharpshooters first thought he was stealing from the wounded and tried to kill him, but once they realized what he was about, withheld their fire.  Sergeant Kirkland survived Fredericksburg and Gettysburg, and was promoted to Lieutenant, but was killed at Chickamauga.

The Angel of Marye’s Heights

Later, back at the campground, Bob did some maintenance on the trailer and we head for Raleigh, NC on Sunday morning.

Bob and his wife, Pat, are fulltime RVers. They sold their home in Michigan in June, 2011 and now travel the country, living on the road. Home is Where You Park It!
View all posts by Michigan Traveler →
This entry was posted in Civil War, Fulltime RV, Michigan, Michigan Traveler, Pennsylvania, Virginia and tagged 20th Maine, Army of Northen Virginia, Army of the Potomac, Fort A.P. Hill, Fredericksburg, full-time RV, fulltime RV, Gettysburg, Joshua Chamberlain, Pickett's Charge, Robert anger-led, RV Forums. Bookmark the permalink.