Many of us know of Andrew Jackson as a hero of the War of 1812 with his heroic defense of New Orleans. Some of us know him as the seventh President of the United States.  Fewer of us know of him as a change agent. He was the “People’s President,” campaigning on a platform of removing career politicians and reducing bureaucracy. To say he was interesting is an extreme understatement.

Jackson faced challenges his entire life. His father died the same month he was born in 1767. He joined the militia at age thirteen during the Revolutionary War and was captured by the British. He was orphaned in 1781 at age fourteen. From then on he was passed from family member to family member until he was old enough to go out on his own. He became an attorney at the age of twenty. In Jackson’s words, “I was born for a storm and a calm does not suit me.”

After failing to win the Presidential Election in 1824, he was elected in a landslide in 1828.  Jackson saw this as a mandate to cleanse Washington of corruption. The way he looked at it was that power in Washington rested in the hands of fewer and fewer men. A government run by insiders served the privileged few and ignored everyone else. Men schemed for offices and officials lined their pockets at the public’s expense. He felt that the government had abandoned the principles of the Revolution and feared rise of an aristocratic class that served its own needs over the needs of the people. He believed that a permanent set of employees too often became entrenched and no longer responded to the needs of the people. He believed that any man with suitable skills should have a chance at such an office.

In another example, the Second Bank of the United States had been run by a board of directors with ties to industry and manufacturing, and therefore was biased toward the urban and industrial northern states. Jackson objected to the bank’s unusual political and economic power and to the lack of congressional oversight over its business dealings. To Jackson, the bank symbolized how a privileged class of businessmen oppressed the will of the common people of America. The battle to eliminate the Second Bank of the United States went on for the next three years. Finally Jackson felt he had received a mandate from the public to close the bank once and for all, despite Congress’ objections. On September 10, 1833, Jackson removed all federal funds from the Second Bank of the U.S., redistributing them to various state banks. In addition, he announced that deposits to the bank would not be accepted after October 1. Finally, Jackson had succeeded in destroying the bank; its charter officially expiring in 1836.

He greatly reduced patronage in federal agencies, He was a supporter of the common man, his approach upset the status quo, brought common voices into Washington, and outraged the elite establishment.

Jackson’s heritage is like a double-edged sword – he was a slave owner and supported slavery and was instrumental in the removal of Indian tribes from the East in the “Trail of Tears.” On the other hand, he maintained the union by fighting an early attempt by South Carolina to secede from the Union. He destroyed the hold “elites” had on the power in Washington. He balanced the U.S. budget and eliminated the national debt. 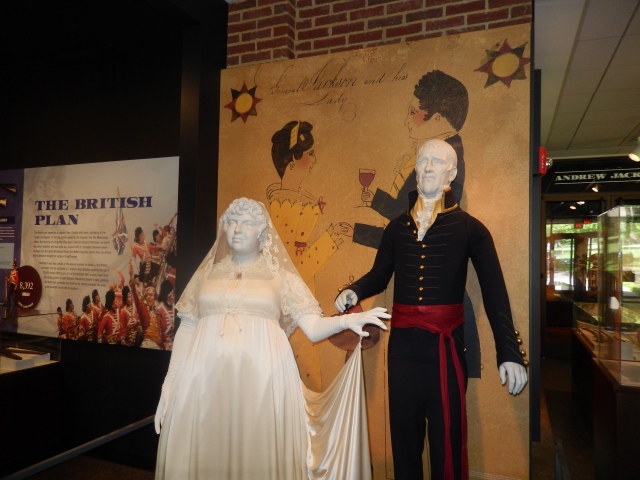 The Hermitage was the home to Jackson and his wife, Rachel. It began with a small two-story log cabin and evolved into the building it is today.

Jackson was not adverse to hard work and living within his means. He was a very hands-on manager of the Hermitage. Unfortunately, after his death, his son inherited the estate but was not a good manager and it was lost in bankruptcy. The Hermitage had lapsed into decay when a group of ladies in Nashville, Ladies’ Hermitage Association, took action to purchase the estate, restore it, and eventually turn it over to the State of Tennessee. 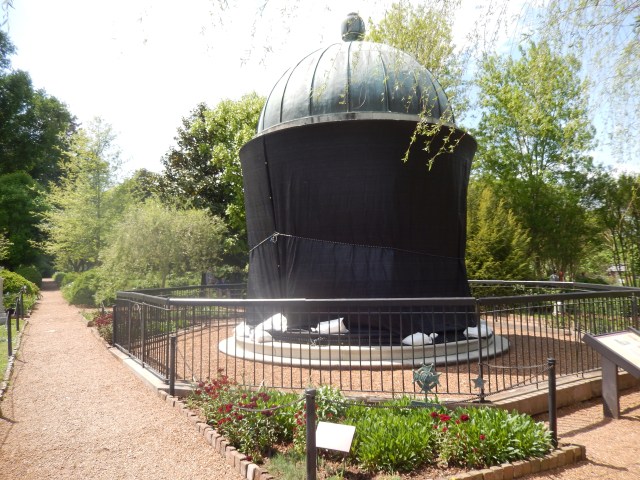 Jackson’s Tomb. It is covered because it was recently vandalized and it being repaired.

Bob and his wife, Pat, are fulltime RVers. They sold their home in Michigan in June, 2011 and now travel the country, living on the road. Home is Where You Park It!
View all posts by Michigan Traveler →
This entry was posted in Fulltime RV, Michigan Traveler, Tennessee and tagged Andrew Jackson, Old Hickory, RV Forums, The Hermitage. Bookmark the permalink.