As we were planning for August, we decided we wanted to take our time and make the drive from East Harbor State Park to the U.S. Army Corps of Engineers Youghiogheny River Lake campground in two days.  We decided to spend a weekend at another Corps campground, Shenango River Lake which is about an hour east of Youngstown, OH.  It was a nice, relaxing weekend.  We went kayaking and swimming in the reservoir and took care of our shopping for the next week.

On the way to Youghiogheny we stopped at Fort Necessity, a small supply point established by Lt Colonel George Washington where he fought the first battle of the French and Indian War.  We learned a lot more about this battle and the creation of the National Road from Washington, DC to Pittsburgh.

We got into the campground in the late afternoon on Monday, August 8th.

Outflow Campground as seen from the dam

Brian Luprek, the Corps of Engineers manager of the facility dropped by and we coordinated the class I was teaching there on Wednesday and Thursday.

Tuesday was spent cycling through the local town of Confluence (that doesn’t take long!).  I had to get some office work done (I’m not sure how long this “working from the road is going to last).

Wednesday, my Leadership Development Program (LDP) class met and we took a tour of the dam and campground.  Many of the students work in the District headquarters in Pittsburgh or on navigational locks and dams on the Allegheny and Ohio rivers, and don’t have a clear picture of what takes place at a flood damage reduction project like Youghiogheny.  After the classroom training, we took a tour of the reservoir followed by a potluck cookout.

Thursday we took the LDP class to visit the Flight 93 Memorial,near Shankesville, PA.  There we were given a tour of the facility by the National Park Service superintendent, Keith Newlin.  He talked about the beginning of the project and how it was designed.  He also discussed the challenges they faced with dealing with all of the different agencies that are involved, as well as working with the families of the passengers and crew of Flight 93.  One of the nice things about this program is you get to see places that the public can’t see, or can’t see yet.

Friday, we kayaked the Middle Youghiogheny River, which had a couple of Class II rapids on it.  While a couple of these rapids were challenging, Pat and I handled them with no problems.

Running the rapids on the Middle Yough

We spent the rest of the day in the Ohiopyle State Park, which if you like hiking, biking and kayaking is a great place to be!  Saturday wasn’t very good weather but we did go swimming in the reservoir in the afternoon.  I was surprised how clear the water was, especially after Shenango which was pretty muddy.  Reservoirs, in general, are not known for their clarity because the water levels are constantly changing.

Sunday, we biked from the campground to Ohiopyle and back, about 23 miles round trip.  We biked along the Great Allegheny Passage which is a railroad right of way that extends from Cumberland, MD to Pittsburgh, PA.  It was one of the nicest rides we have had so far. 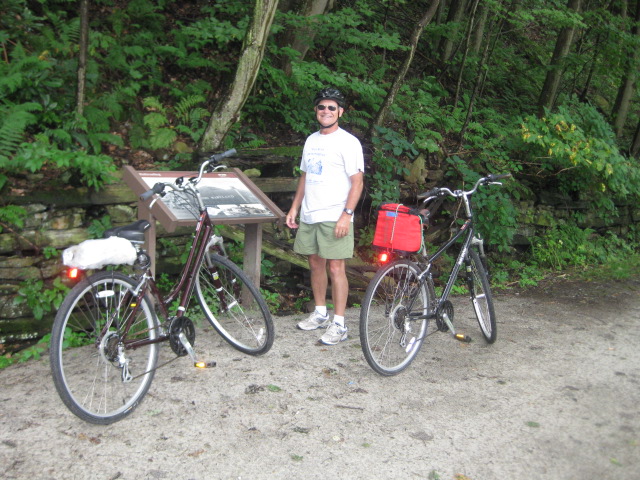 Taking a break on the Great Allegheny Passage

Monday, we headed to the Finger Lakes region in New York.  We didn’t want to make the trip in one day so tonight we are “camped” in a Walmart parking lot in Mansfield, PA.  Walmart actually has a corporate policy that allows RVs to spend the night in their parking lots, so if all you need is a place for a quick overnight, it’s a great way to have a quick stop and get your shopping done at the same time. Besides, home is where you park it! 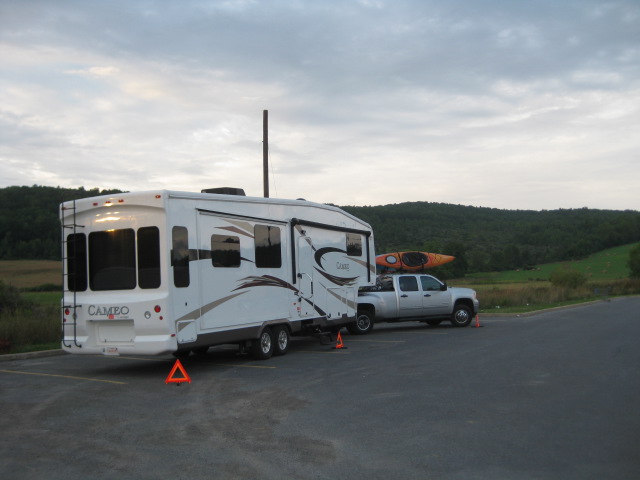 Home is where you park it!

Home is where you park it! 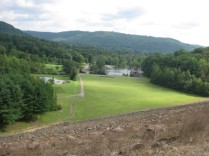 Outflow Campground as seen from the dam 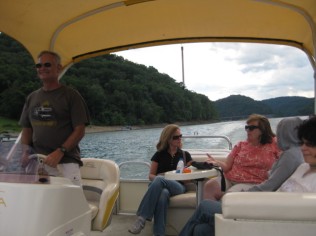 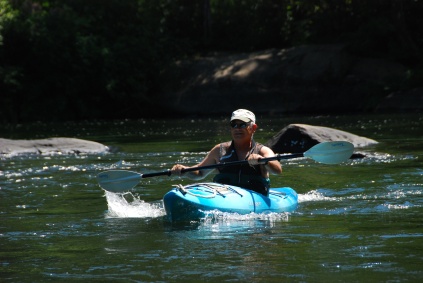 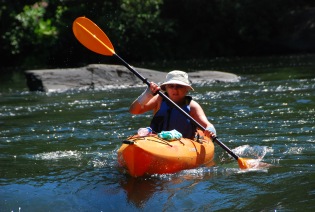 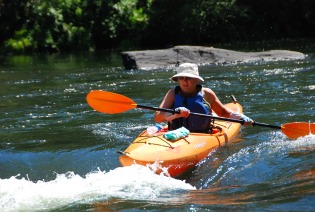 Running the rapids on the Middle Yough 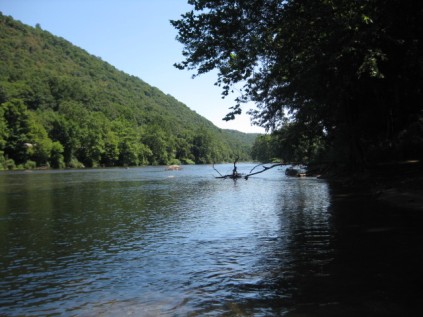 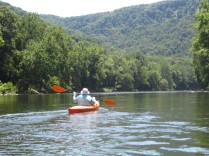 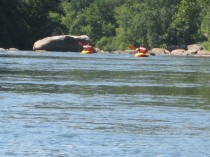 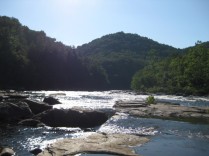 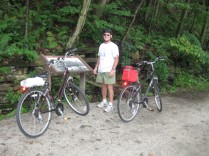 Taking a break on the Great Allegheny Passage 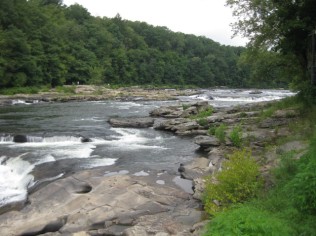