St. Augustine was on our route north from Key West and was a place we had never visited. We decided to visit St. Augustine “on the fly.”  We stayed in the parking lot of the local Camping World on Monday, March 20th, picked up some RV supplies there, went shopping at the outlet mall next door, and walked to dinner. We left the trailer at Camping World and drove into St. Augustine. 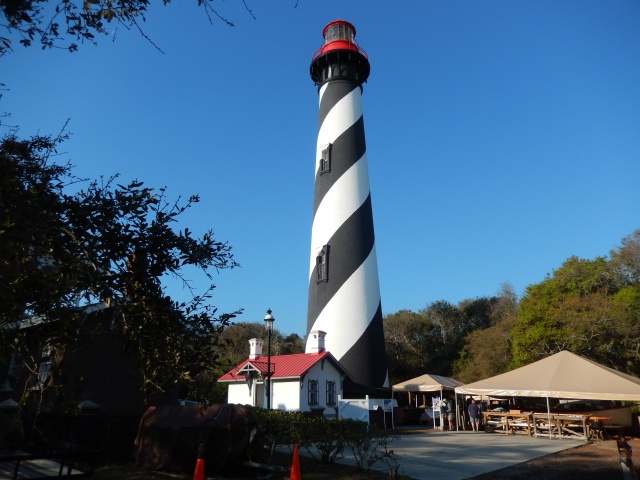 After stopping to see the lighthouse we drove to the Fountain of Youth Archaeological Park.  When I first saw this as an option I thought it would be a bunch of hype over the “Fountain of Youth.” However, it was much better.  There were a variety of exhibits that included the history of the site and astronomy that highlighted the area. 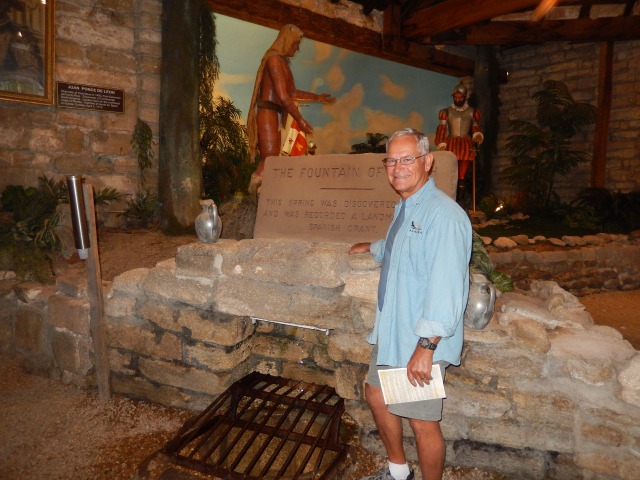 I knew that St. Augustine was the oldest city in the US, but didn’t know this was the site of the first settlement by European explorers.  (My Viking ancestors may have discovered the western continent first, but they didn’t settle here.) As we walked through the complex I was reminded of our visit to the Jamestown Colony a couple of years ago.  The efforts of archaeologists were similar in both places.  I know that the 17th Century was a time of exploration and conquest, but looking back with our 21st Century eyes one has to wonder, “Who gave these explorers the right to claim the land they discovered (that was already inhabited by others) for their king or queen? 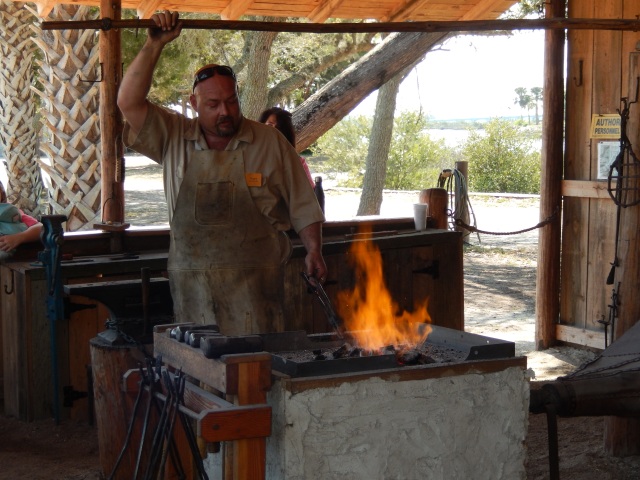 We wanted to see several sites and our time was limited.  Consequently we used our bikes for much of our sightseeing.  We left the truck at the Fountain of Youth and rode our bikes to see the rest.  The distances were not far and saved us the hassle of traffic and parking. 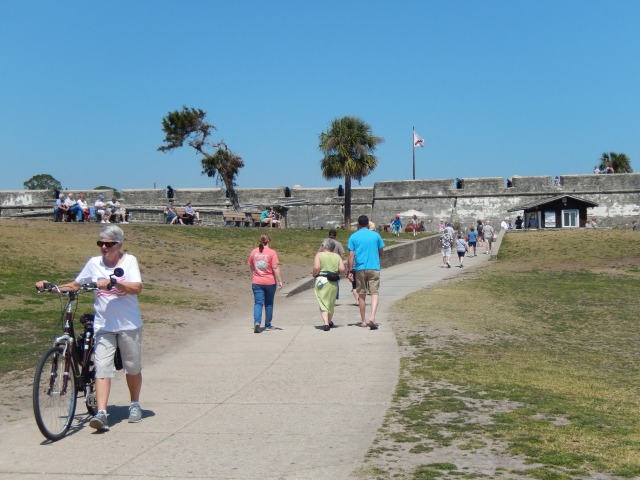 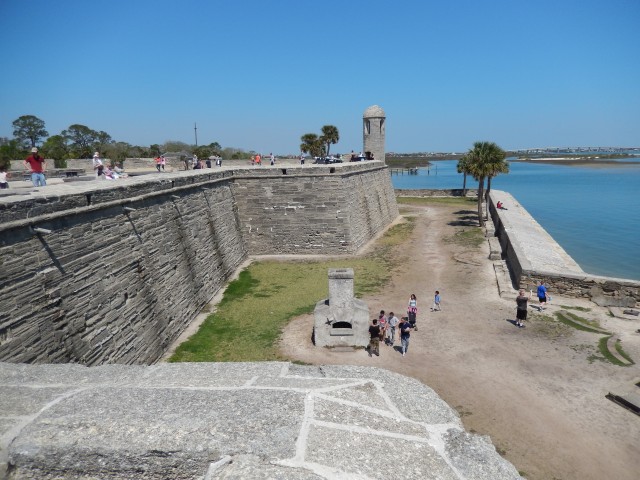 The fort was declared a National Monument in 1924, and after 251 years of continuous military possession, was deactivated in 1933. The site was then turned over to the United States National Park Service. In 1942 the original name Castillo de San Marcos, was restored by an Act of Congress.

We stopped for lunch at the Spanish Bakery and Cafe.  It is a delightful place to eat, with outdoor seating in an enclosed courtyard off St. George street.  St. George Street is a pedestrian street, away from the heavy traffic.  We didn’t have the time then, but I thought it would be fun to return sometime and explore the shops along the street. 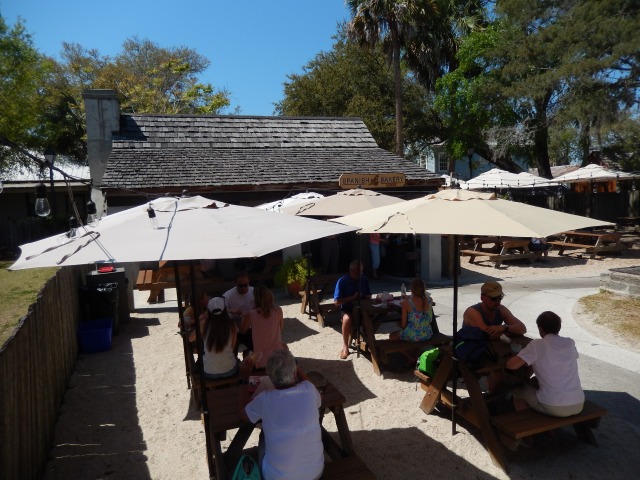 You can’t spend any time in coastal Florida and the Keys without hearing the name of Henry Flagler.  Henry Flagler was an American industrialist and a founder of Standard Oil. He was also a key figure in the development of the Atlantic coast of Florida. He is known as the father of both Miami and Palm Beach, Florida. Realizing the need for a sound transportation system to support his hotel ventures, Flagler purchased short line railroads in what would later become known as the Florida East Coast Railway. He modernized the existing railroads so they could accommodate heavier loads and more traffic. 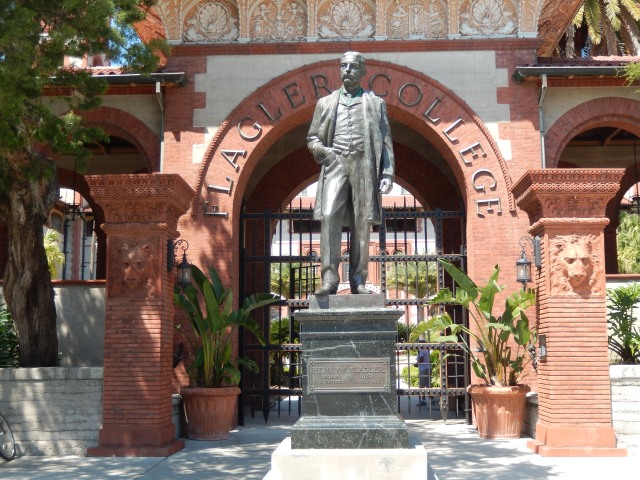 His next project was the Ponce de León Hotel in St. Augustine, now part of Flagler College. After many years of work, it opened on January 10, 1888.  It is almost impossible to imagine such a beautiful building as a college.  You only realized it was a residence hall when you ran into signs that announced that you were not allowed in the hallways and dining hall.  It was much easier to imagine staying here as a guest in the late 1800’s. 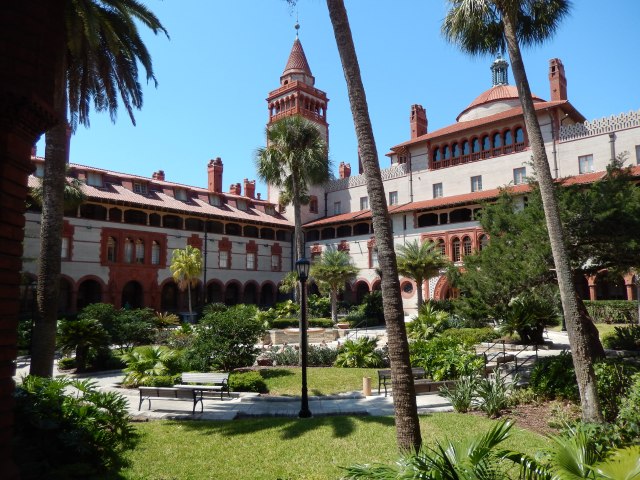 Our last stop was the San Sebastian Winery, established in 1996.  It’s hard to pass up a winery visit when it’s so convenient.  The winery specializes in blended and sparkling wines from native Muscatine grapes, as well as port and cream sherry dessert wines. The winery tour was self-guided and we moved from one tasting station to another as we walked through the winery.  I was very familiar with most of the wine making equipment and process, but it was interesting to talk with the employees about wine making and the history of the winery. 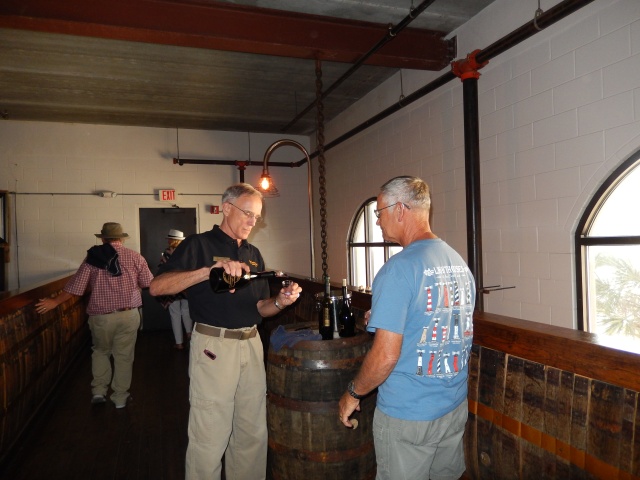 After a short ride back to the Fountain of Youth, we loaded our bikes back on the truck, picked up the trailer at Camping World and began our drive up I-95 to Country Oaks RV Park, that would be our base for exploring Cumberland Island.