Posted on August 9, 2020 by Michigan Traveler

We arrived in Bad Axe, MI on April 23rd. This was our “safe harbor” during the pandemic, thanks to the generosity of Pat’s brother, Geri, and his wife, Marcia. We parked the trailer in their backyard and plugged into the 30-amp outlet in his shed. Because we had been traveling for the last week or so, we agreed that we would self quarantine for two weeks. After that time was up, we were back into more of our usual routine. They would host us for dinner sometimes and we would do the same. Sometimes dinner was a joint effort.

We thought we had spent enough time in the South that we would be in Michigan for a warm spring – guess again, it was COLD! We were running the furnace so much that I was going through a thirty-pound propane tank in a week. We had both snow and rain. In the Midland area they had so much rain that a dam broke and caused massive flooding. Residents that were already dealing with COVID-19 now had to deal with flooded or destroyed homes, living in shelters, and rebuilding. Homes that used to be waterfront properties now looked out onto a mud flat. 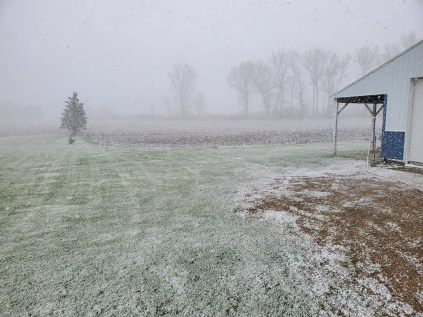 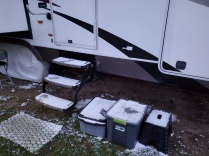 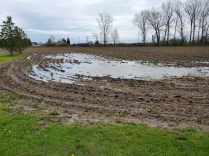 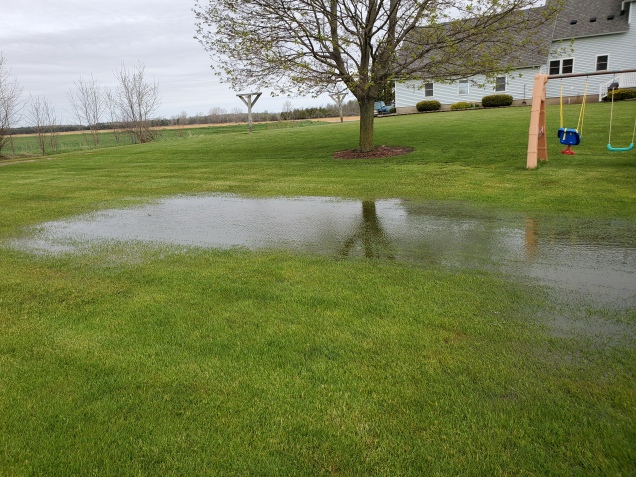 Needless to say, we did not do a lot of visiting anyone else while we were there. However, we made a couple of trips to the family’s cottage on Rifle Lake, near the town of Lupton for Memorial Day weekend and a week later. There we did some of the normal spring cleaning and repair. Geri and Marcia’s daughter, Tara, and her husband, Ron, came up with their kids, Addie and Grant. We had lots of fun and got a lot of work done. Rides in the pontoon boat and late afternoons on their deck looking out onto the lake for happy hour were always good. 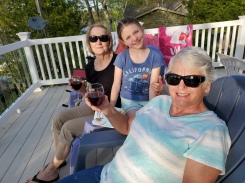 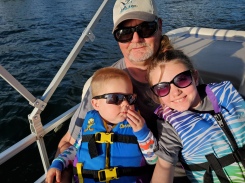 Back in Bad Axe, I went to work on a project. They have a small (four foot) lighthouse at the cottage that was showing lots of wear from the weather, and we decided that I would repair and repaint it. This was not true work as I enjoyed doing it and it gave me something productive to do with my time. 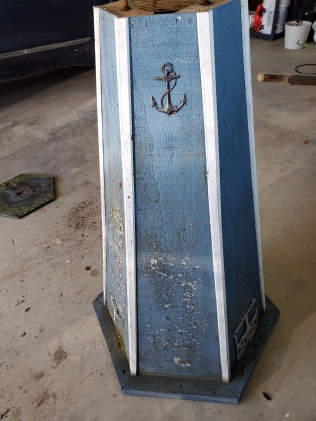 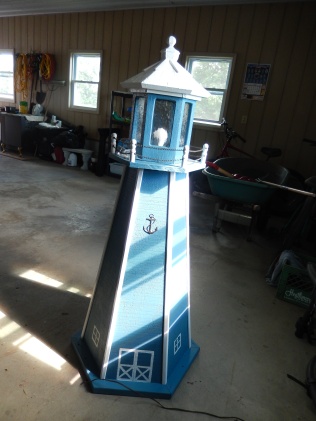 We did drive up to Grindstone City, near the tip of the Thumb to get ice cream at the Grindstone City General Store. Their ice cream is the best and the servings are huge! Due to COVID-19 they were only serving cups, not cones, but it was still worth it.

Staying at Geri and Marcia’s is really being in nature, as evidenced by these two deer that wandered right through their backyard. 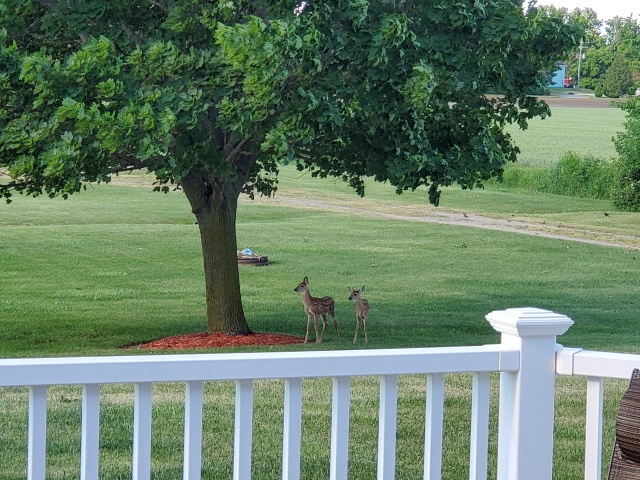 Almost every morning Pat and I would ride our bikes, or walk for exercise. The walking was a real treat for their dog, Dakota, and we gave her some good, long walks. 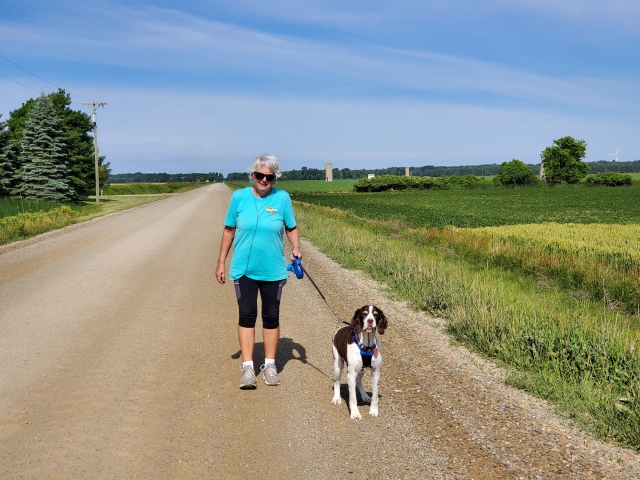 On June 27th, Pat and I drove to Port Austin for the Port Austin Porch Fest. Organizers arranged for musical performances on neighborhood porches around town. Maps were available at any business and we were able to sit on the lawn and listen to a variety of musicians. My musical preference is folk music, but there were performers doing rock, jazz, and more. The one that impressed me the most was a seventeen-year old young lady who was in Port Austin for her fifth year! She is already a well-known singer-songwriter in the Port Huron/Detroit area. What a beautiful voice! 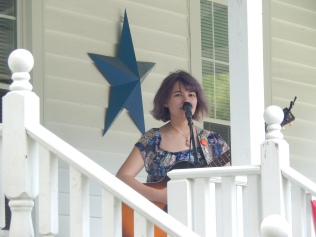 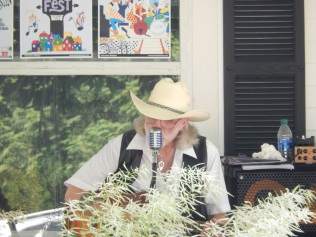 Independence Day week found us at the Rifle Lake cottage. This time we were joined by many more family members. It was a great week of fellowship, and enjoying good, homemade food together. Of course we spent time on the pontoon boat and swimming in the lake. The weather was so hot that the lake was like bath water. We watched fireworks from the lake, it very easy to do social distancing this way. 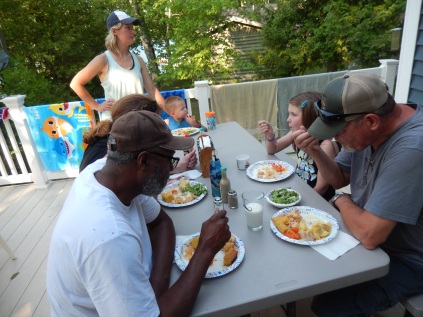 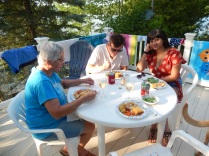 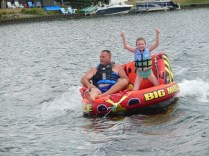 On July 15th, we flew to Tacoma, WA, but that’s a story for our next post.

Bob and his wife, Pat, are fulltime RVers. They sold their home in Michigan in June, 2011 and now travel the country, living on the road. Home is Where You Park It!
View all posts by Michigan Traveler →
This entry was posted in Celebrating Holidays, Fulltime RV, Michigan, Michigan Traveler and tagged Independence Day, Memorial Day, Michigan Traveler, Rifle Lake. Bookmark the permalink.