It has been an unofficial tradition when we go to the Smith family cottage for some of our kids and grandkids to fly from Washington to Michigan to join us. However, with conflicting schedules and the Corona Virus it was soon apparent that was not going to happen. Pat and I decided that we would go to them instead.

We flew out of Detroit Metro Airport on Wednesday, July 15th. Flying during the pandemic was an experience! At the airport, 3:00 in the afternoon looked as crowded as it used to at 11:00 at night. Delta Airlines did a good job. All of the middle seats were blocked off, and we boarded beginning with the back of the plane so passengers could stay spaced out. As we boarded we were handed disinfectant wipes so we could give our seats and surrounding area another cleaning. In-flight snacks were bottled water, granola bar, and chips in a zip lock bag, so there was minimal handling. In the airports there were a few restaurants open and some offered disbursed seating. All passengers had to wear masks unless they were eating and this was enforced by the flight attendants. 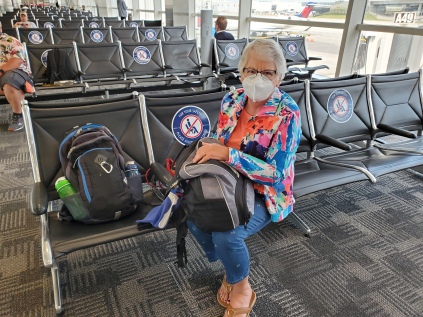 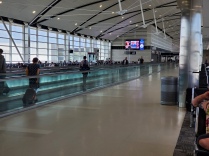 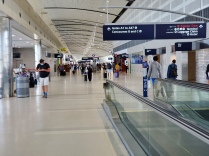 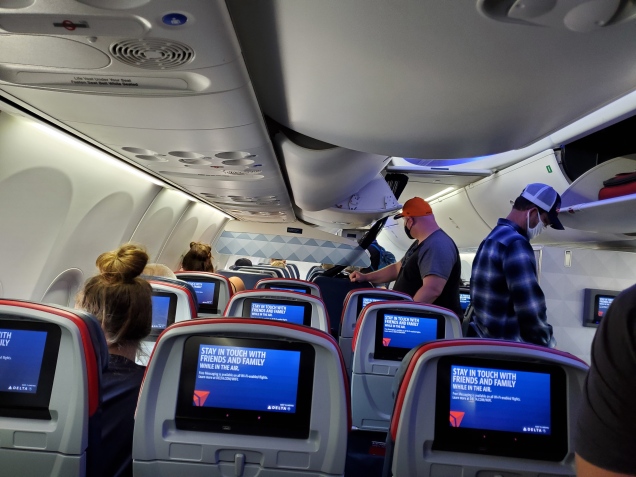 We arrived at the Seattle-Tacoma (SEATAC) airport on schedule and our son, Scott, picked us up. We stayed with our daughter, Elisabeth, at her house. We had dinners at Scott’s and Elisabeth’s homes with the rest of the family. It was great to see them all again, and this was only the beginning.

On Saturday we drove to Mount Rainer National Park. Mount Rainer is the dominant feature in the area, it is always on the eastern horizon and visible on clear days. We drove to the Jackson Visitor Center at Paradise on the south end of the park. There are several hiking trails in the area. I was surprised to see how much snow was still on the ground; after all it was the last half of July! Later I asked one of the Rangers if this was normal and was told fifteen years ago this was the norm. It has only been in recent years that the snow has been light. As a result of the snowfall many of the trails were closed or were marked with warning signs and tall poles to make sure hikers could find the trail. Definitely a new experience for me, but it made it more interesting. 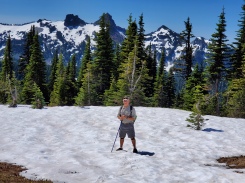 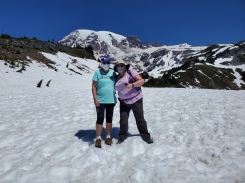 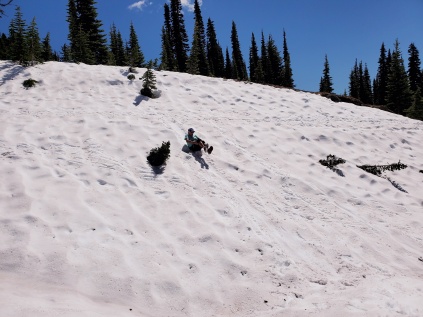 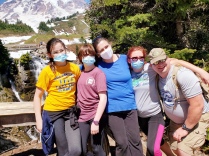 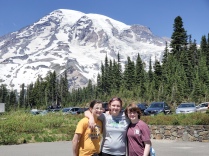 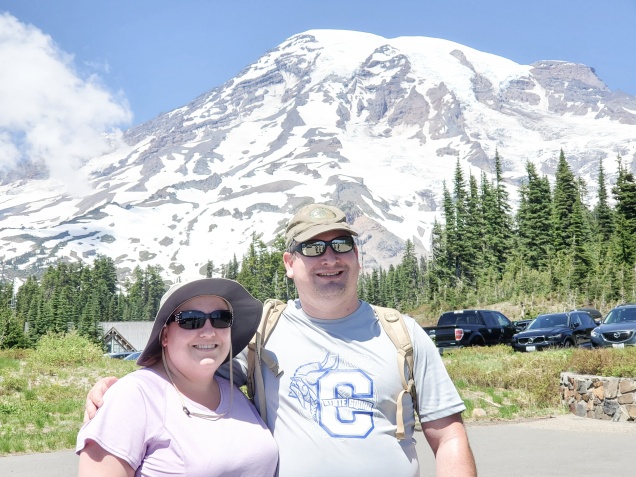 Later in the week, Pat and I, with Scott and Elisabeth, stayed in a room at the Quinault Beach Resort and Casino on the Pacific Coast. It was only an overnight, but a fun trip. We got our first experience of staying in a hotel during the pandemic. We called from the car to see if our room was available. Then we went inside where we were scanned to check our temperature, masks had to be worn and there were surgical masks available for guests who didn’t have their own. 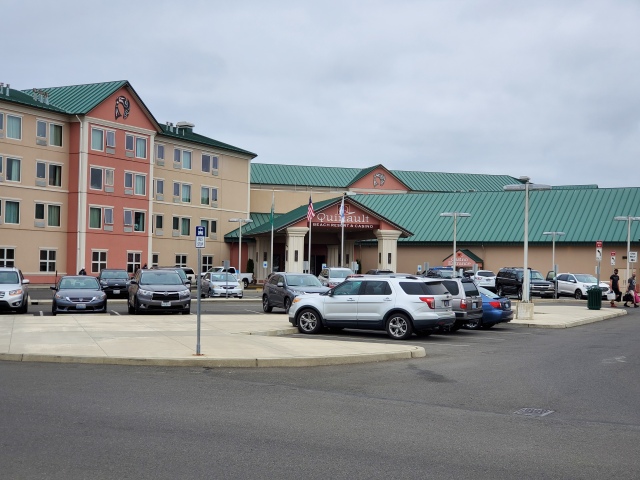 After we checked into our room, we walked along the beach and took some time to practice the “fine art of doing nothing,” just laying on the sand and relaxing. That evening we went to dinner at the hotel, dining during the pandemic is always an adventure. We followed it up with a traditional Wangen game of Dominoes. 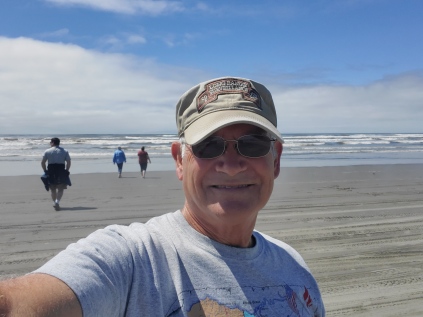 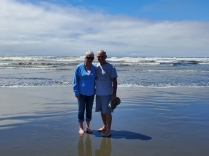 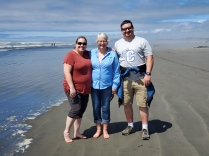 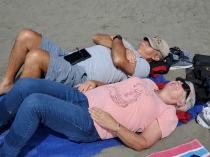 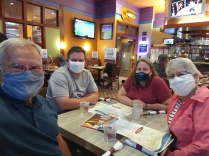 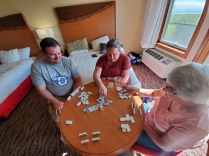 On our last night in town, we had the whole family over to Elisabeth’s for pizza. It was a wonderful evening of eating and playing games together. A great way to end our visit.

Bob and his wife, Pat, are fulltime RVers. They sold their home in Michigan in June, 2011 and now travel the country, living on the road. Home is Where You Park It!
View all posts by Michigan Traveler →
This entry was posted in Michigan Traveler, Washington and tagged Mount Rainer, Quinault Beach Resort. Bookmark the permalink.